When Ms.S.Melendez over @ ext.312/620 filed her lawsuit, by way of pro-se (self file method)no lawyer,
she knew she had it in her to at the same time apply at law schools, implement all requirements coast to coast to
prepare for such law school journey to 1 day, in due course procure a juris doctor degree.(law degree)after law school implementation.

#TEAMWORK makes the dream of holding abhorrent CPS employee(s)accountable,when injured violated of one's Civil/Fundamental/Constitutional rights, and or others who have violated you,and the MOST beautiful part of your every waking day, and that is your grandchildren,children,family as a whole. Deadline(s)do exist,throughout suit."
1-929-277-7848. #SueChildProtectionServices by deadline pro-se self file, or remain violated." #YOURCHOICE #YOUDECIDE #OURRightsDoMatter #LawsuitAgainstCHILDPROTECTIONSERVICES 1-929-277-7848.

Media aired her harrowing story while fighting(without a lawyer pro-se)and she later WON.

MS.S.MELENDEZ, C.E.O., the founder/owner of the nation's most powerful#effective consulting winning ctr., #WON shall procure her juris doctor(law degree)in due course.Meanwhile she continue to do what others have not and we commend her,as lawyers regularly do for years, and what a difference she continue to make when the one's who are basically "forgotten" when a lawyer do not "sue for damages" associated with per injury to the truly innocent.She is lauded for years, weekly and shall after law school be the kind of new-wave lawyer most today are not. #TRUE inspiration.


When you're NOT sittin'around and bemoaning(complaining) day in day out, online,or procrastinating you too can become a CHAMP when you're gearing up to sue child protection abhorrent worker's who has violated your right.
#choice is all yours. No one else. Either victim of "CPS" inequities, or a true #FIGHTER for receiving justice AND accountability when violated by Department of children and families. #YOUDECIDE 1-929-277-7848 ext. 620


She won the right without a "lawyer"
to see her lawsuit for $50 million in damages move forward. and the rest is history. After so many lawyers were attempting to mislead her by stating such falsehood insofar as, "'You are not able to file a lawsuit against any state employee et.al.," and how it can't be done especially when a child was as injured as her daughter's and her were.
She knew better. Now those same OSA(old school attorneys)of such indolence and uncaring, are calling her and lauding her for years." Ext. 806 Ext. 312
-

Ms.Melendez, now continue to motivate.EDUCATE.empower those who are per request at her 1 OF A KIND HELP/consulting/hotline, she continue to at the nation's 1st and ONLY  verified network #effective of its kind, the WON Educational #WINNING pro-se self file consulting 1-on-1 learning network, she continue to empower educate and lend her astute 1 of a kind woman-power we call it when you're about to and or are executing any day now your suit for Civil right damages, pursuant to U.S.C.Section 1983; TITLE 42, when you're being wrongfully accused/falsely accused leading to improper and unjust unlawful act(s)forced upon your child,and you, by #DCFS in CALIFORNIA, NJ #DYFS #DCF #DCPP Arizona #DCS
#DFS in Delaware #DHS in Philly, #CYS
​and child protection agency workers abhorrent caseworker's nationwide. Good luck to you and remember.

Click here, to be taken directly to our e-staff help form. All information is required;prior to calling into our
busy #effective POWERHOUSE WOMEN WON NETWORK help/hotline today."
Ext. 312


Department of Children & Families social worker admit that this is all "common practice" involving such agency, child et.al., and or ignoring court orders. . .

Such suit, says the lawyer had settled, to avoid a trial, that he said would've expose that #DCPP #DCF has not changed from when they were(publicly verified)under FEDERAL watch, from a horrific case involving the brothers(now grown)of young Faheem Williams RIP who was only seven when he was sadly abused under state supervision and killed early 2000's.
Such lawsuit win, is 1 of many that has analogous facts to the founder over @ WON.(Ext.806) 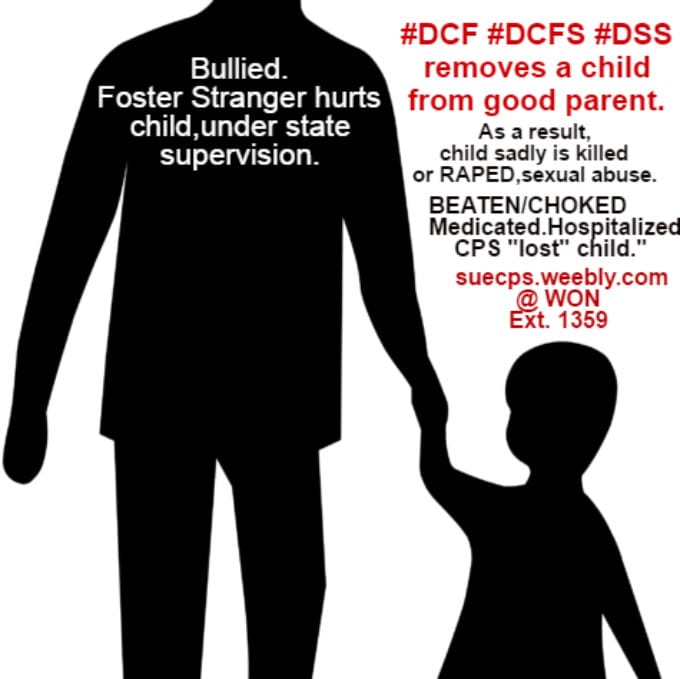 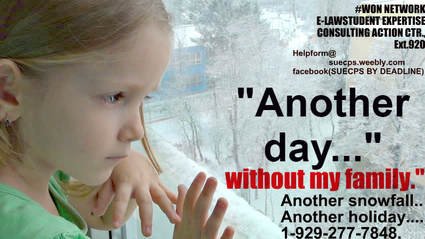 Lawsuit filed pursuant to Section 1983;
under Title 42 involved another win for teen(age SEVENTEEN)
-

Such child was seriously injured while residing in state "care" + under DCPP DCF "supervision."

Caseworker sadly again fails another child by not adhering to such law(s) policies in which the child sadly was harmed."

One and a half MILLION dollars for such abuse that occurred, while under STATE supervision of DCF...

Deposition disclosed that a cps employee(dcpp,dyfs)admit that this is just a "common practice" involving ignoring a court order etc., as well as the state, in such winning suit, cites how "caseworker @ CPS failed to protect, failed to monitor child,

left child in "abusive placement with a troubled dangerous foster stranger.  Failed to check on the child(but said she did)while failing to keep a visit-log for such and on each visit,the outcome, and lied on doing "placement in foster care background on such child's placement."
-
​
The lawyer, while conferencing directly with our founder the owner,ms.melendez(ext.806) about winning such is quite analogous, to her family suit, that had been filed for $50Million for almost a decade of similar facts and a magistrate approved the owner of WON e-lawstudent winning network,her family civil rights suit to move forward..."

We continue to thank all for their support, and for your prayers on the owner's suit and her daughter's.

We pray for all who are wisely & timely(by deadline)suing and holding in a timely fashion CPS ACCOUNTABLE."

REMEMBER ALL OUR MANY WORLDWIDE UNIVERSAL READERS/WEEKLY SUPPORTERS:


Sitting on the net bemoaning/complaining  shall continue to get you no where(as far as) where you're needing to be.
-
Such strategic action(timely)can only do that everyone when injured and violated,by ACS,DCF,CYS,DFPS,DHS.
1-929-277-7848