U.S.C.A.Title 42-Section 1983;85 et;al and a multitude of other redress is available "within the time allotted to file suit" when your about to institute such warranted civil right,money damages$suit against
CYS,DYFS,ACS.

Times are changing...
Thanks to the founder daughters,and her family suit file pro-se by deadline and then was able to win such significant right, to move forward, and the W.O.N. E-LAWSTUDENTWinning LIVE CHAT DISCUSSION network,and LawSTUDENTChronicles #SUECPS by deadline pro-se.

Such lawsuit against abhorrent caseworker(s)and CPS assigned supervisory;managerial et;al are growing, and thank god we are learning 1-by-1 much more now by 21st century social media-conneect 24hrs.a day."

All it takes is YOU,to properly begin your own lawsuit pro-se against child protection services in a timely fashion,and get it filed. Our E-staff virtual online are available same day when you're calling in  for your 1st session.
-
1-on-1 professionalism applied per video-consult/phone-in consult shall ensure your filing timely...properly, before  deadline bar you from holding vile CPS accountable. 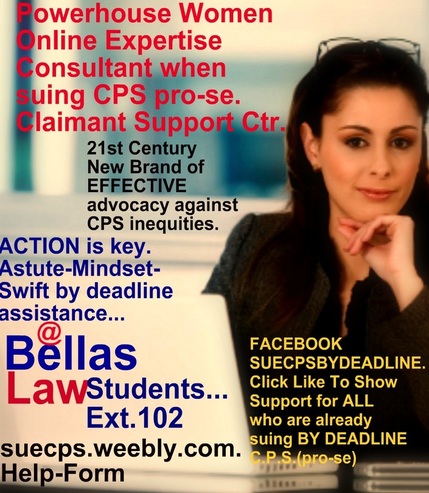 Rights of the "good"parent shall no longer remain violated.


Ext.260 or ask for heather ext.102.
Suing premise on identifying such fact(s)relating to
but not at all,limited to,one's constitutional right;
civil rights,in state/federal court level,and the clear  negligent act(s)for which has in many cases cause grave harm... To America's Most Innocent... The children . . .


YOUR CHILD HAS BEEN RUSHED-
to the nearest  Emergency Room premise on abuse and neglect
or a suicide attempt.

Read more below about suing CPS,and begin the process today.


Or lose such right later when  your deadline arise. ext. 102 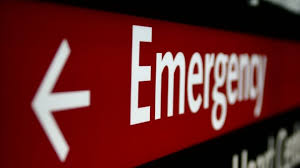 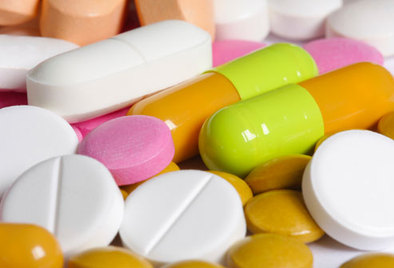 
The  unconstitutional  real horror is,"when a child is on DRUGS while in STATE SUPERVISION;and the parent,grandparent,biological family don't even know!


But yet CPS,CYS,ACS,DYFS is attempting to mislead,and in fact
has mislead the family courts by  citing, "child is doing well."

Such lawsuit for money damages has now arise."

Such lawsuit identifying such right of the child to be FREE FROM SUCH HARM such as but not limited to:
ZANAX
RISPERDAL
RITALIN
AMBILIFY
and other dangerous psychotropic drugs are growing.
Such lawsuit has to however everyone be filed timely,professionally and delineated per cause of action;stating a claim for such relief with ALL proper notice of claim;tort claim notice;notice of intent to sue to be serve upon such abhorrent caseworker timely,or your right to sue,

shall be forfeited as case law support feasibly for filing too late. ext. 102

.
No call shall be transferred to begin the process until doing so
Or  click here to fill out immediate. Thank you.