A LEGAL KIDNAPPING leads to:  DISCOVERY.... FACTS SHOCKING THE CONSCIENCE OF THE BEST STATE EXPERTS and NATIONWIDE experts,encompassing, in the U.S.DISTRICT FEDERAL COURT:


A "true"ACTION-VISIONARY 1 of a kind Woman procuring her law degree in due course after law school  and the founder, of the nation's already verified 1st law student,pro-se self file lawsuit pro-se consulting POWERFUL  astute"unique" women clinic of its kind..


Such excerpt below is directly taken  from her book/film/documentary on such horror turning into TRIUMPH after TORTURE for almost 8 years.Bella has proven when your applying"proper"action you shall not FALTER.She sued...PRO-SE SELF FILE and won right to move forward recent for her $ 50 MILLION suit along with daughter(s)in federal court. 100% PRO-SE SELF FILE CHAMPION.

*No lawyer warranted,at time of file.beating all odds one by one,legal arguement won by such    pro--se EXPERT in the field where rarely any exist...
-
Such odds against her was clear to coward-lawyers who did not sue as documented called up to and between 118 in one year to in totality 350+lawyers,local/state/national.
-

All coward out,adaging,'Oh your not able to get past first "hard hurdle" and or "CPS'has 100% protection...

Bella, quite rapidly had learn what she needed to do.and she did just that. . . Now seeking her law degree.

AGGRESSIVE-ADVOCATE-WITH A SPECIAL PROVEN PROWESS,that no other has accomplished in such field that has a chock-full of complexities,did not scare her.She has no fear,when it came to federal court knowing the TRUTH, and allowing a JURY of her peers,to hear the same,in due course,if it was not reasonably settled suing for each day,
damages $$$ for each year in totality EIGHT years almost, that 2 suburban little beautiful girls,were tortured, taken, legally kidnapped, as such bias state workers at cps,a judge rubber stamp it all premise on thinking CPS was being truthful. State workers lied as far as APPEAL COURT,at each turn.


Federal court now sees/hears/viewed/listen and is doing what is right,as MEDIA validate.
ext. 806


"No lawyer file her lawsuit"for $50 Million"and she still won right to move forward from 1ST inception...No backing away from holding CPS accountable,shall get you to "where"you need to be." YOU DECIDE. YOUR CHOICE.
Ext. 806
From as far as LONDON/AUSTRALIA and on facebook under SUE CPS by deadline, she continue to receive so much support,for her girls severe torture both have suffered,and herself for so many years. WE THANK YOU ALL.
ext. 806

She appreciate all warm genuine support,and shall continue to speak out,write her book,procure law degree
while bringing "factual truth'and weekly awareness"to those who still have yet to realize,YOU are able to sue.
PRO-SE.
BY DEADLINE CPS, so do not believe those who have not 1.)sued or those who 2.)do not have expertise in winning as our founder has, and or 3.)a "lawyer"whose clearly ignoring your calls,your injury, your child injury,as such indolent lawyer simply just don't care. When you'r realizing the aforesaid, you're going to apply your self in proper position and do as our founder has done,and study, learn, validate, then call in for her directly at extension 806 to learn more.


Lawyers around the world to hear in the NYC/NJ tri-state adaging repeatedly:
"Your not able to file your suit against a dyfs worker"DHS can't be sued.
.
TRUE INSPIRATION FROM ALL WALKS OF LIFE,even a former female judge in New York City/NJ tri-state,who commend her regularly on accomplishing so much,and now giving back by being there for those in L.A. to N.Y.C.WASHINGTON TO N.C.,S.C.,Texas to Oregon,Pennsylvania whose"truly"being violated by ahorrent CPS.
-
1-929-277-7848 Ext 806
A Docu-Series/Book coming soon:

Turns into FINAL JUSTICE-
Thanks to a judge who actually"listened" and did NOT turn a racist blind eye as in state court Ms.Melendez witness such as experts agree as her beautiful girls, for almost eight years. FEDERAL COURT has done what is right. God speed to us all ext. 806 1-929-277-7848

EXCERPT:
from our founder's melendez docu-series coming soon:
(BELOW) 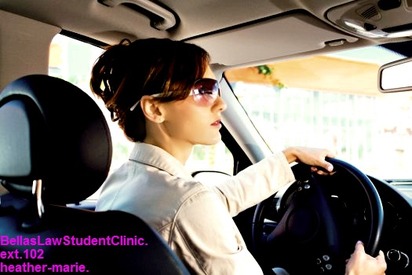 
Time to get the kids up...
Time to watch Blue Clues on Nickelodeon their favorite,encompassing with making sure breakfast is prepared for the girls.


Mom about to head to the office(Real Estate)to handle her business as always.


Mom later will be driving into nyc, the studio DOMINICANA Pink Diamondz Records, en nueva york and work out today. Typical 4th of july weekend,where this time the grandmother however, (ex spouse kevin's mother called to see if the girls can be over earlier than usual. GIA -N- TIA, only 7 and 10 were informed that it was ok to tell the grandmother that they will be over earlier this weekend for the holiday routine visit.


Just imagine everyone as you're reading,and we know that you are:


Your day is so far, going well.
Nothing indicative of entering a nightmare, that a reasonable sound mind person in life would not dare to do to two little healthy girls and loving suburban good mom.
-
You are now preparing to drive to the"drop off spot" via court ordered as always just a day earlier,for the holiday weekend.

First stop...
To buy a happy meal and a toy at  BK or Taco Bell as the  girls love so much on the way to dad's residence and or your ex partner residence,for the typical routine court ordered visit.

You arrived by noon, or a little bit after to the drop-off location, in this case grandma house, in plainfield.

You kiss "goodbye"to your little ones,hugging tightly with smiles throughout.

You hear your lil one only 7 years old say, ok bye bye mommie, we see you on Sunday!(smiles entire time as she wave goodbye, her little feet walking up the stairs,as grandmother await their arrival." The older girl says i love you mommie.

Meanwhile, back at home.
WEEKEND'S HERE.
YOU'RE DOING YOUR WORK. YOUR MUSIC. WORKING OUT.
RELAXING WHILE THE GIRLS﻿ ARE "SAFE"﻿away from your home.
(Or so you thought.)

Afterward, on sunday you're going food shopping so there is food in the house as always when your girls return from the court-ordered visit. 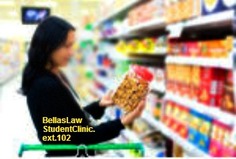 Your buying as always healthy foods for you and your children encompassing some of the girls favorite treats.


Never would believe a tragedy is about to arise that was a  " intentional state-related tragedy."
7:p.m-Sunday July 6:

Several days go by and the child is not yet produced by the ex spouse.

DCF,DHS,DYFS,DCPP-CPS knew the entire time along with your ex.

It is none other than your local cps agency, and or supervisor/caseworker/and or your ex spouse citing that:


YOUR CHILD WILL NOT BE RETURNING HOME.
EVER.


DYFS (now called DCPP) prior also called "DCF"  remove a little girl & her younger health un-abused sister from their loving 1 family home, of a doting loving mom, from july 3rd, 4th, 5, 6,7,8,9, 10,11, 12,13, 14,15,16 without the necessary court order,in violation as case law wholly undisputedly support "the necessary court judicial order,that is necessary if you're planning to keep a child away from their parent,under state seizure et.al,"
however, this did not happen in the founder's incredible saga where such docu-series  supplied with :


You're now reaching the actual conclusion of such book and docu-series excerpt(if you're wanting a proof-copy et.al, be sure to mention during our staff virtual online office staff free call in today.)When you're calling in, ask for owner ext. 806 Ms.Melendez to learn more,and how you're able to take part in such true-story, docu-series.
-
Remember everyone, If you're suing CPS worker(s)we commend you. Do not believe just because a caring astute lawyer is not representing you, as the owner knew that if she"sat online"waiting day in day out for one california to nyc,nj nationwide civil rights lawyer to care and sue for her,that she will miss her deadilne... She was smarter than that and her family took such prerequisite action in a timely-fashion, to at the least commence such warranted damages civil right lawsuit, while continually searching for the"right lawyer to come on board." This way, her family deadline as you are already noticing,was not missed so the U.S.DISTRICT FEDERAL COURT SHALL BE ABLE TO GIVE FULL FAIR FEDERAL COURT CONSIDERATION FOR DAMAGES."


Inspiration or many as she refuse to "sit online and just bemoan about the issues involving her daughter's cps kidnapping."
She did something about it,as her girls, for years now." (929) 277-7848 extension 806 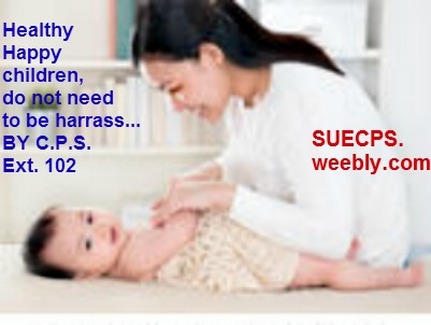 NO EVIDENCE TO VALIDATE,BUT YET YOUR LOSING CUSTODY.FILE SUIT.
TIME IS QUITE LIMITED TO SUIT,PRO-SE SELF FILE IN THE U.S.DISTRICT FEDERAL COURT. 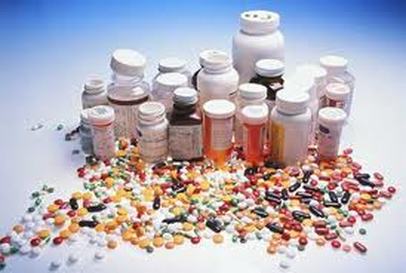 2.)Become a clear-danger to himself/herself.

The one thing the owner @ WON NETWORK-  have learn is that Life is too short NOT to sue cps and hold em'accountable.


"FAILURE"to sue cps timely by deadline was simply  no option, for the woman who created at same time
of her indescribable agony, as her girls...


The woman who knew 1 thing was needed to be "timely done."upon"each discovery"up throughout 2010 and she did just that..  .Now winning on her own such huge right$to move forward toward her right to recover damages as her girls...


Won right to move forward with her,as media report/validate her
50 MILLION suit against multiple liable employees @ Union County,NJ DCPP,DCF,DYFS...
.
Inspiration for many weekly who are intending on and or already have sued nationwide.


HOLDING CASEWORKERS ACCOUNTABLE FOR SUCH INEQUITIES,INVOLVING ONE'S BELOVED UN-ABUSED FAMILY
and we thank you all, our so many viewers, supporters in your support of the NATION'S FIRST NETWORK EFFECTIVELY PROVEN , here at the WON NETWORK...


"The time is always right, to do what is right.." MARTIN LUTHER KING JR. 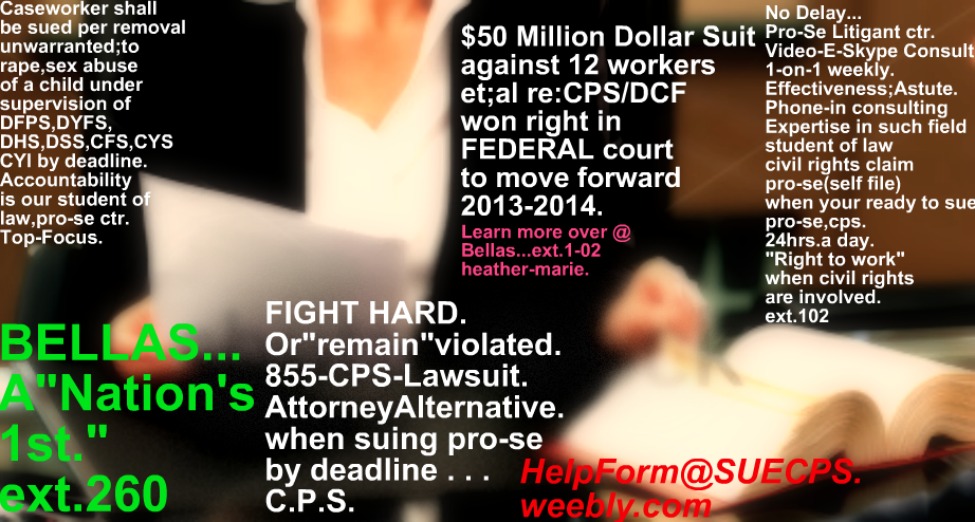