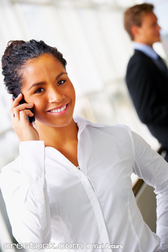 From your first call-in 1 on 1 POWER-WON-SESSION, you're able to feel and remember just why you are astutely suing child protection services worker, dyfs,dcpp,dcf by deadline pro-se, and you are going to continue to focus on suing at federal level, to higher "appeal"level, and suit for return of custody,all while you're to remember, that OUR RIGHTS DO MATTER everyone... 1-929-277-7848


NEVER THINK"YOU CAN'T LEARN HOW TO SUE PRO-SE SELF FILE BY DEADLINE DCPP,DYFS,DCF EMPLOYEE  who harm you and your most beautiful part of your day, your grandchild, children, et.al, and meanwhile just keep searching for the "right lawyer,to later represent you,after you file your suit." If no longer care to come on board, you are MORE THAN CAPABLE pro-se,but you have to know it deep within,and you are in CONTROL to either:


A.)Hold dcpp worker accountable, for such serious injuries, to self and your family
or
B.) Allow per caseworker, to again get away with harming you. This was of NO OPTION for ms.melendez, our founder.ext. 806

The right lawyer will in due course (God-willing) represent you if violated by such agency like CPS,dcpp,dyfs,dcf et.al,


For our convienient help form:
click.
Then call-in to commence your POWERFUL 1-on-1 session.

Many have,and shall continue to REALIZE their potential, when speaking directly to the founder, during their 1st session and after.


Ext. 806
-
Thanks to the 21st century online SOCIAL MEDIA INTERACTIVE-NETWORKING ACROSS our nation, it has become more easier,to realize that you really can sue for your damages,against cps even without a lawyer, known as pro-se when:

-CHILD IS STILL NOT RETURNED TO YOUR HOME-
-YOUR CHILD,was harmed, physically OR mentally/emotionally.
-Child is still suffering from being in state foster horrible care.


Ext. 102
As seen in media, a federal court has allowed our owner ms.melendez family injury,civil right suit for $50million,to move forward. She filed astutely and timely PRO-SE method. She never look back,and now in due course,going for her law degree, all in time,after the implementation of law school. Experts statewide,and nationally commend her on how much,even during her most horrible pain inward for years premise on DYFS,DCPP clearly-wrongful acts for years and harm to her,and her girls she never let up,and remain steadfast,on her studies,and her justice in FEDERAL court,per cause of action/claim(s)pro-se filed and winning such right to see her lawsuit move forward, as approved by federal court,while pro-se. Inspiration to many. . .

We are so very  proud to have received the following recognition, from lawyers worldwide,who even refer those to us without a lawyer to sue child protection services,and we thank all lawyers for their ongoing daily support when your suing CPS, known as Pro-se. Bellas continual effective-astute and aggressive prudent prowess,education,in such field of filing a lawsuit successfully in the U.S.District Fed.Ct.against a gov't caseworker who clearly violated such child,parental right,et;al
whose week-by-week effective caring contributions to the community,and nationwide as a premier provider of services,for NJ,NYS,tri-state online nationwide when it come to such inequities,involving rape of a child when DYFS should have just simply return a child to her home,sex abuse,under state supervision and care to educational,medical,dental neglect, malnourish all under CPS supevision.ext.102 Law Student's Clinic over @ WON NETWORK.


Experts tell us for years that:


THE WON NETWORK's  lawstudent online- public-expertise professional research1-on-1 CALL-IN SESSION,VIDEO E- LIVE CHAT was a long time coming. . Your able to from 1st violation everyone to sue DCPP for the violation to your family,and you as a loving good parent falsely accused,as case law support statewide,and nationwide.

Smile when calling to speak directly to trained pro-se staff,ext. 102 ask for heather-marie rothstein publicly recommended by lawyer,Elaine L.Donnelly,supported by publicly Shawn McMillan for years and other lawyers like Jay Chapman,and many others in the field,who all left public supportive comments for the nation's first pro-se ctr. of its time,ensuring YOUR LAWSUIT shall be timely filed by you,the injured,the pro-se litigant to finally hold dyfs accountable. 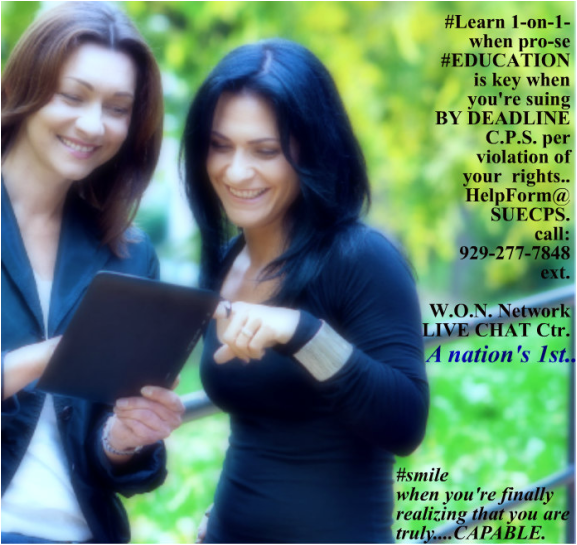 
DYFS inept, incompetent caseworker(s)supervisors et.al, take advantage of one, who they feel are not astute, not prudent to see what has taken place, insofar as but not limited to the right to have YOUR family in tact,at ALL times, absent imminent danger.
-
SO #LEARN all you're able to learn swift.
Your child,as our founder know this personally, deserve you to do all you can,to ensure such safe-swift return of YOUR child or your grandchild, family to be whole again.


Do not allow  yourself to remain harmed, by dyfs employees,longer than you have to.


When your child has been placed in nj"foster care" that child around the clock is suppose to be protected.
State assumes custody and control of your child, hence must be protected, at all times as multitude lawsuits won and case law all support such FACT. . . ext. 102

When your child has been removed premise on non-imminent danger,but yet later,as a result of such removal and or timely investigation(s)involving FALSE allegations of serious nature,and that child has now been subjected to such horrific mistreatment,your time to sue has just arise pro-se.

When DYFS remove a child from the home,such reasonable effort,has to be applied, to reunite the child with the parent, when it is clear the "reason" insofar as why the child was removed in the first place(if done lawfully) has been alleviated,and corrected. Case law everyone support such fact,so #educate yourself and #LEARN ext. 806


Absolutely no way around it, despite what your"lawyer"has mis-informed you everyone as no one knows such facts, than those who lived it,and that is our founder for almost a decade, in family superior civil court fighting for what is right, (prior to suing at the FEDERAL U.S.DISTRICT COURT LEVEL) ext. 806

Such applicable law(s)involving abhorrent dyfs are not in any way unclear, as case law support nationally,and statewide,as such fundamental right, guaranteed to one's child,in the home,to be raised, child-rearing, education,protection given by such fit loving parent is all supported by multiple case law; involving

Title 9 action.
-
Such caseworker,must make a reasonable effort to return your child,for which include but not limited to parenting time,"mental eval" and importantly must work with you,the primary caretaker,to see to it child is returned in a reasonable time frame,after your successfully able with DYFS assistance,to rid the reason as to why the child was remove in the first place.When this do not happen time to get started on your extensive process,involving entire lawsuit for money damages,in the u.s.district fed.ct.
ext. 102.
DEADLINE will bar you when waiting too long everyone. . .

When DYFS of essex county, and throughout NJ has left your child emotionally traumatized,emotionally vulnerable,to those to continue to harm her,and or your little boy,knowingly and willfully concealing of such danger for days,weeks,months and in the most outrageous, extreme-cases hindering abuse to child UNDER STATE "care"for several years,no jury shall disagree and will do what is warranted,New Jerseysans,so be sure to begin on your lawsuit today,and take back your power,your right,when doing so.

WHEN SUING EMPLOYEE @ DCPP,(cps,dcf,dyfs et.al., in federal court, timely by deadline as our founder has done timely everyone, is that you're able to at least in such forum, procure your fair day in court, fair-consideration involving per injury dcf caseworker misconduct that"happen in the other bias family court"against you,for so long, hence don't wait, til your deadline bar you from suing per caseworker, violating your rights, and allowing YOUR child to remain in direct-harm's way.
Ext. 806

Her daughters are now teens,older and all three will be fairly compensated,for gruesome act(s)against per family member,for almost eight years. She now is seeking her law degree studying hard to ensure one day she will implement law school after her 12 years+  unconstitutional mis-treatment,by DCPP,DYFS,DCF caseworkers,supervisory managerial et.al, as she recognize you have "good caseworkers, at New Jersey DYFS agency,good caring honest employees @ DYFS,
who are actually astute enough NOT to take part  in what the caseworker's to take part in on her most saddest case, with her girls, but those worker's are NOT who was violating her constitutional right to her family,hence those defendants listed in her well-publicized suit, are being held as lawyer after lawyer agree  accountable,finally after 12yrs. of pain that still lives within such loving close family at no fault of their own.


Google her incredible story making media since the court allow her suit for $50MILLION to move forward,


as NO GOOD LOVING HEALTHY FAMILY in NJ should be gravely injured,the way Ms.Melendez + her girls were...


NO ONE deserve such assault on the family the way they were for almost 8 years. For help form, click here.


A true inspiration to all worldwide,and here in NY/NJ tri-state.

Ext. 102.
Click to go to our convienient online help page.
Thank you.