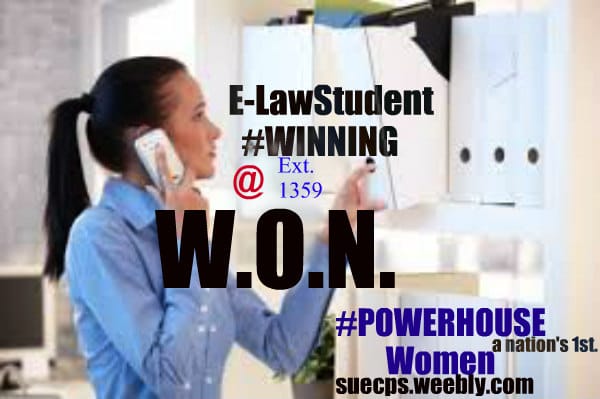 #WisdomisFreedom as an American who is being violated,and worldwide by abhorrent NYC ACS, NJ,DE., DFS, Tennessee, Oklahoma, loving parents, false accused,doting grandparent, to a child abused, violated by CPS in:
​Pennsylvania,Washington,NC DSS,Oregon DHS & CPS NATIONWIDE per violation when you are applying such strategic-action when suing by DEADLINE pro-se."


#WomensNetwork@ WON
in the 21st century objective is accountability.

Nothing more...
Nothing less, when rape,
sex abuse under
STATE supervision has been documented while a "state employee" lied on such child, to the innocent GOOD parent, while a child had a right to go home when no abuse was proven/substantiated, yet a "caseworker sat in court and literally lied, to secure a win for such agency known as (Child Protection Services)Department of Children and Families et.al., 1-929-277-7848 ext. 1359

Owner lawsuit for $50million in damages validated by public media,the news aired story when decision prior was handed down, for such violations gruesome mistreatment to the owner's daughter's and herself as a loving suburban good parent, falsely accused...Such woman shall procure now her juris doctor/law degree,and continue  to:
Educate.
Empower.
Encouragement daily ...Ext. 806
-
Deadline to sue DHS however, do exist.

Sitting on line bemoaning about the issue with CPS shall get you no where you're needing to be.
YOUR CHOICE.
YOU DECIDE.
EXT. 1359

1-on-1 network for those suing just like the owner has astutely and timely have done for damages.
-

When the owner,ms.melendez, learned, as media validate, learned her daughter's were (not where the state agency employee(s)said they were in approximately forty-one subsequent family court hearings,as news/media validate &  how the girls were both "thriving/doing well/no risk"she knew the truth will arise by never giving up + would hold all accountable as her family once the evidence supporting what she inwardly knew has arised."
-
​Such evidence as experts local/state & nationwide has all agreed, is "more than what is usually warranted to win her damages as her daughter's once it makes it to the proper court along with the actual ongoing "federal violation" not hard to prove based on the preponderance of the evidence against employees over @ #DCF #DCPP #CPS who for almost a decade lied, falsified, altered,withheld evidence for quite some time when such suburban good mom and woman and her daughter's lives were filled with what ALL Good American loving families and worldwide would want in their everyday lives...
-
(help form click here, as you read more relevance below.)or fill out form on same page."

Owner Ms.S.Melendez family have WON such relevant right(approve by magistratate) to have their $50MILLION DOLLARS civil right/constitutional rights, gross-negligence, lawsuit to move forward against DCF employees.
-
She launch during such time the nation's very 1st EFFECTIVE learning on 1-on-1 educational empowerment interactive online motivational and daily consulting biz org.of its kind.

While she continue to one day push toward the implementation of a JURIS DOCTOR(law degree)she shall continue to demonstrate such agressiveness, focus & demonstrate the overall erudition, insofar as the proper pro-se navigation throughout her own meritorius lawsuit filed just in time, by deadline when at first(118+lawyers)
lied and said,"Oh you can't sue/and or your family a "state employee."SHE KNEW BETTER.
-
​She hence has  effectively sued CPS all while acting pro-se (self file)without a lawyer and now continue to be lauded by lawyers worldwide on doing so at the level most have not..."
.
EXT. 920
.
​
W.O.N
E-LawStudentExpert-WON Consulting, Ms.Melendez @ Ext.806 was able to pierce
the  immunities when she timely by DEADLINE facilitated in a timely manner and filed her meritorious lawsuit for various violations and the ongoing  continual federal civil right/constitutional rights violation et.al., against multi-social workers,caseworkers assigned to her daughter's prior farce of a "removal case by CPS,


Media has validated such relevance. E-form must be properly implemented to call
the same day to begin your 1-on-1
POWER educational learning session."

For those nationwide who are not acclimated with the workings of the U.S.Constitution Equal Protection Clause, in relevant part
in other words, a cps child protection employee are not allowed to violate one's rights simply because you're not approving of them, and or do not like such person or are an outright racist/and or discriminating against such loving parent for other reasons.

*When it comes to the unlawful conduct of a #DCFS CPS employee more times than not, as our research wholly support:

Multiple state cps employees have are allegation(s)an opine, without actual evidence of such serious harm, hence as case law per state support,simply  is not enough to deny and unconstitutionally deprive a loving parent, such natural biological parent their own child."