​The statutory scheme found in Title 9 and Title 30 does not allow the Department of Children and Families of New Jersey to:
Such statutory is not in any way unclear.
i.e.,
(as validated in owner's winning case...)
If a child is "examined" and the social worker(casework notes memorialized her and the agency findings) ie.
"I've seen the child."

DYFS has no "legal basis/legal authority" to keep this child.
-
DYFS cannot prove/substantiate abuse to child and or neglect.
-
At this point of such crucial investigatory into whether or not to remove such UN-INJURED healthy child, any reasonable CPS EMPLOYEE would have known(even an 8th grader)to :

>Not keep a child that was perfectly healthy/happy/alert and not at risk of harm rising to the level required to keep one's child.
>Not alter and or withold such evidence to make it "appear" fictiously that abuse did occur or neglect.
>Not  to engage in(during) or after clearing a loving parent, with perjury to a material fact to secure a win for the state(agency dcf.)

>To disclose all relevant truthful information detailing such event clearing parent and allowing the child to go home without a delay ... Sadly... as the winning suit involving owner/founder's daughters, this (the aforesaid)factually occurred and has now permanently scar their lives forever.


PUNITIVE DAMAGES however is not awarded if:

​ New Jersey Civil Rights Act, punitive damages are awarded in such cases, various for  many years, when one's  constitutional rights have  been violated.

Such conspired-act claim(conspiracy)shall not be dismissed when you're able to(based on a preponderance)to clearly establish a case of conspiracy amongst employees of the state were working against you, keeping things from a judge deliberate/and or are able to prove that #CHILDPROTECTIONSERVICES social workers (their employees) assigned to such case, that their conduct was sufficiently egregious and as a result, you as the child was indeed, harmed." Whether in NJ, DE., tri-state, to Texas, California, nationwide DCFS,DFPS for far too long has avoided such liability.
​But now, you're able, on your own to learn when you are in a "timely fashion suing the Department Children Family Services, for such damage(s) at all levels."While suing (pro--se..)
E-HELP form online, click here.
Then call in....1-929-277-7848.

Another example for our many worldwide viewer's and supporters:

In the owner/founder's family constitutional/civil rights lawsuit:
Not 1, but multiple employees swore the child was just "fine" while residing under state supervision and care of DCF(Dept. Children and Families, and how there was "absolutely no risk at all to the child."

​To be awarded additional damages known as PUNITIVE, you have to allege such conduct,(and able to prove) acts, and one's conduct by a state employee that could be, by a jury, considered as wanton,willful, and OR reckless disregard for a person's welfare. Such reckless disregard, can be proven to a jury in the founder's family civil rights lawsuit, i.e., 1.)caseworker and or caseworker's(plural) knew about the damage taken place, found in discovery(never seen) not until such Federal Court Discovery confirmed such that not one, but several of the dyfs(dcf/dcp&p) employees knew the child was repeatedly at serious risk, have known the child was being assaulted at each turn, severely suicidal, attacked, harmed, suffering under state supervision of DCF for such a long time, but yet, showed reckless disregard by  not adhering to the law to simply return child to the mother, by working with mom through reunification. Reunification is required everyone, and this is not in any way unclear, in the founder's home state.

​
-
Such withheld information,and by the misrepresentation of the truthfulness insofar as the child true condition shows a reckless disregard by the defendants, while another through willful act(s)unbecoming to a state employee knew she was never going to substantiate abuse, and neglect, against the real abuser (foster parent)and or foster parents,  and or the child father,
nor the abusive step-mom, as this would have been damning for the state agency employees assigned,and would have proven even more so, the removal of the children should not have happened. 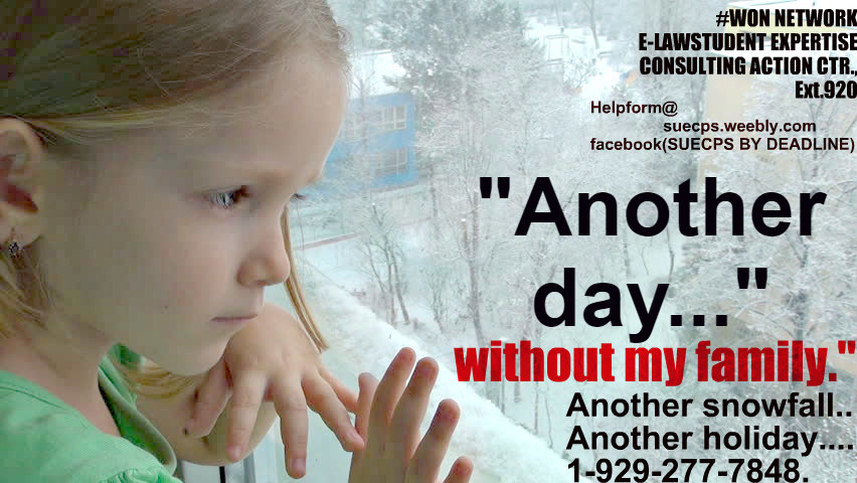 In order to establish a claim under 42 U.S.C. §1983, [the] plaintiff must satisfy a two-prong standard: first, that he was deprived of a right secured by the Constitution or laws.

Every person who, under color of any statute, ordinance, regulation, custom, or usage, of any State or Territory or the District of Columbia, subjects, or causes to be subjected, any citizen of the United States or other person within the jurisdiction thereof to the deprivation of any rights, privileges, or immunities secured by the Constitution and laws, shall be liable to the party injured in an action at law, suit in equity, or other proper proceeding for redress.

Remember, our many supporters and readers: #LEARNING is true freedom and such #KnowledgeisPOWER and our founder,boss the owner Ms.Melendez is proof of such."
1-929-277-7848....


When you're seeking punitive$damages against a state employee, in this instance,  a cps employee, you're to learn as much as feasible when properly(key word here  is "properly" framing the issue(s)per cause of action against such cps, dcf,dhs,dss employee, when suing for additional damages consistent with such, as others have won when seeking additional(punitive)damages where the state employee,CPS acts were capricious,arbitrary and downright unlawful, causing you such harm, and or your child,grandchild, your loving innocent family."
Ext. 920/102
Ext 806
​
​