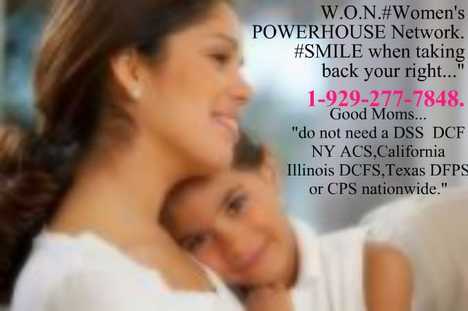 Lawsuit against New Jersey, Delaware PA.,tri-state area caseworker(s) are being won. You're going to have to continue to also study up on Absolute/Qualified Immunity.It is the first thing a liable no good caseworker, who hurt you,violated you, allow your child to be sexually abused, under state supervision,or physical,emotionally abused, choked, bullied, hurt in such foster care, shall run and attempt to hide behind to avoid paying you damages, being found liable..LEARN as much as you're able and stay focus while doing so when suing pro-se without a lawyer pro-se DFS,DCPP,CYS,DYFS,DCF.
1-929-277-7848

Qualified Immunity has to be pierced, in order to move forward for your damages everyone. When you're suing without or with a lawyer, such is clear. You're able to learn as our founder and her severely injured daughter's were all able to do effectively(pro-se)no lawyer. Law school implementation is the mother's sole focus, for years, in California,NJ,DE.,PA,NY,NC and know that most worker's have been found liable(in more recent time, than not)and this, as experts with our unique astute, effective consulting positive network agree, by citing, "the more suits against such agency/and or the individual cps employees, it shall God-Willing bring a much needed change.and you're to read more below,(prior to calling to begin your 1-on -1) our busy effective help/hotline. Thank you ... 1-929-277-7848.

"The doctrine of qualified immunity protects government officials from liability for civil damages insofar as their conduct does not violate clearly established statutory or constitutional rights of which a reasonable person would have known."
Pearson v. Callahan, 129 S. Ct. 808,815 (2009)

A right is clearly established when:
"the contours of the right are sufficiently clear that a reasonable official would understand that what he is doing violates that right."
Anderson v. Creighton, 483 U.S. 635, 640 (1987).


"The question is whether a reasonable public official would know that his or her specific conduct violated clearly established rights." Grant v. City of Pittsburgh, 98 F.3d 116, 121 (3d Cir. 1996).


It is up to the Court to decide whether the facts alleged, taken in the light most favorable to the party asserting injury, show a violation of a constitutional right and whether that right is clearly established. Saucier v. Katz, 533 U.S. 194,201 (2001).

In another lawsuit involving the Third Circuit;
Mother was able to prove that such defendant (DFS)knew therapist on a personal level. She invoke such conspired-act(Section 85) claim. State lawyer tried to have it dismiss and LOST. The mother won the right to her jury trial premise on such fact as judge called this, "a highly-genuine material fact,in dispute" as the employee for such agency denied knowing such man."
-
Federal Court agreed that:
Based on the information provided from the injured mom, a reasonable fact-finder could conclude that they conspired together against the parent, hence, violated her right and prolonged the return of her children." Such fact(s)of already won cases are analogous to owner here @ W.O.N. ext. 920
---

"Remember our MANY supporters statewide/worldwide:
​STATE WORKER SHALL INVOKE QUALIFIED/ABSOLUTE IMMUNITY."
​
HOWEVER:

If such evidence exist, against the defendant(s) you're suing for such damages, then such fact finder (judge)and or a jury of one's peers, could agree with such injured Plaintiff's, that DCF employee did, in fact  VIOLATE such parent/child, and such protected interest, in the parent's care, management of her children and such custody. 929-277-7848
-

A case out of DE., (THIRD CIRCUIT) a lawsuit filed by a loving mother, who lost custody of her children and at Summary Judgement(won)the right to see her lawsuit move right on forward for a jury trial, involving damages for which she was suing for. The United States District Federal court moreover, (specifically) and importantly had allow her 4th, 14th amendment claim (during summary judgement phase to stand.)
-
The mom sued also a therapist, a contracted-agency, who presented through and in joint concert with a caseworker, "knowingly false information"to the judge, to see to it she would never get her children back. Federal Court agreed, and we quote," a reasonable trier of fact, through jury tril, could conclude from the overall facts, in light most favorable to mom, the non-moving party, that the defendants conspired,participated, in a joint action,with DFS individual worker's to deprive the mom of her children ages 10, 5,7 and 16. Federal Court in this winning suit added that:
Even if mom can't prove at JURY TRIAL for damages the worker's acted in bad faith, a reasonable-minded jury can find that some employees/and or all had prior knowingly acted in concert, with each other by providing the DFS caseworker, who (never investigated)used as truth, knowing it ws false, and or clearly inaccurate, ,and or misrepresenting the facts, misleading information during the course and time the children were away from their mom.
#LEARN
...
Good luck to you all.
Ext. 1359